What an incredible meeting! We were honoured to have Raymond Brisebois, 2016 International Speech Contest Champion, District 61, present his two contest speeches as he prepares for the Toastmasters International Convention in Washington, DC. All of District 61 will be holding their breath while Raymond competes at the semi-finals, then hopefully, at the World Championship of Public Speaking!

Here are some highlights from our meeting …

Many of our members would like to complete a Competent Communicator and/or Competent Leadership manual this year in addition to their advanced goals. And the more motivated of us want to earn the Triple Crown Award for completing three educational awards within the same Toastmaster year. We already have FOUR Beyond Words members who have achieved this distinction (including me) … We challenge our other members to get one too!

Short but amusing THINK FAST! session as we played the game “Humorous or Inspirational” with two of our guests, Épitace Nobera and Aziz Saud. They were put to the test with very banal questions.

Épitace was asked, “What was your most memorable meal?” – the audience chose *inspirational*.

Aziz was asked, “What are your weekend plans?” – the audience chose *humorous*.

Now, you may wonder why the twist and what does this game serve? Well, in a Table Topics contest, competitors are asked the same question and everyone answers. This game helps the speaker to understand to what extent they can gear the content of their response towards one mood or another. Including humour and/or inspiration (but preferably both) definitely increases the quality of their response as well as their connection to the audience.

Besides Raymond, we also had another special guest, Emilio Morales, past Division G Governor 2013-2014 and co-founder of Speak with Style Toastmasters, who is now living in Toronto. He did a wonderful job of General Evalutor, got our meeting back on time, and even won the Most Enthusiastic award!

Thanks to our special guests, Raymond and Emilio, and also to all those who attended for making this *Good Luck, Raymond!* meeting so awesome! 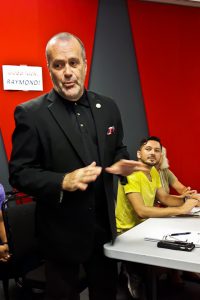 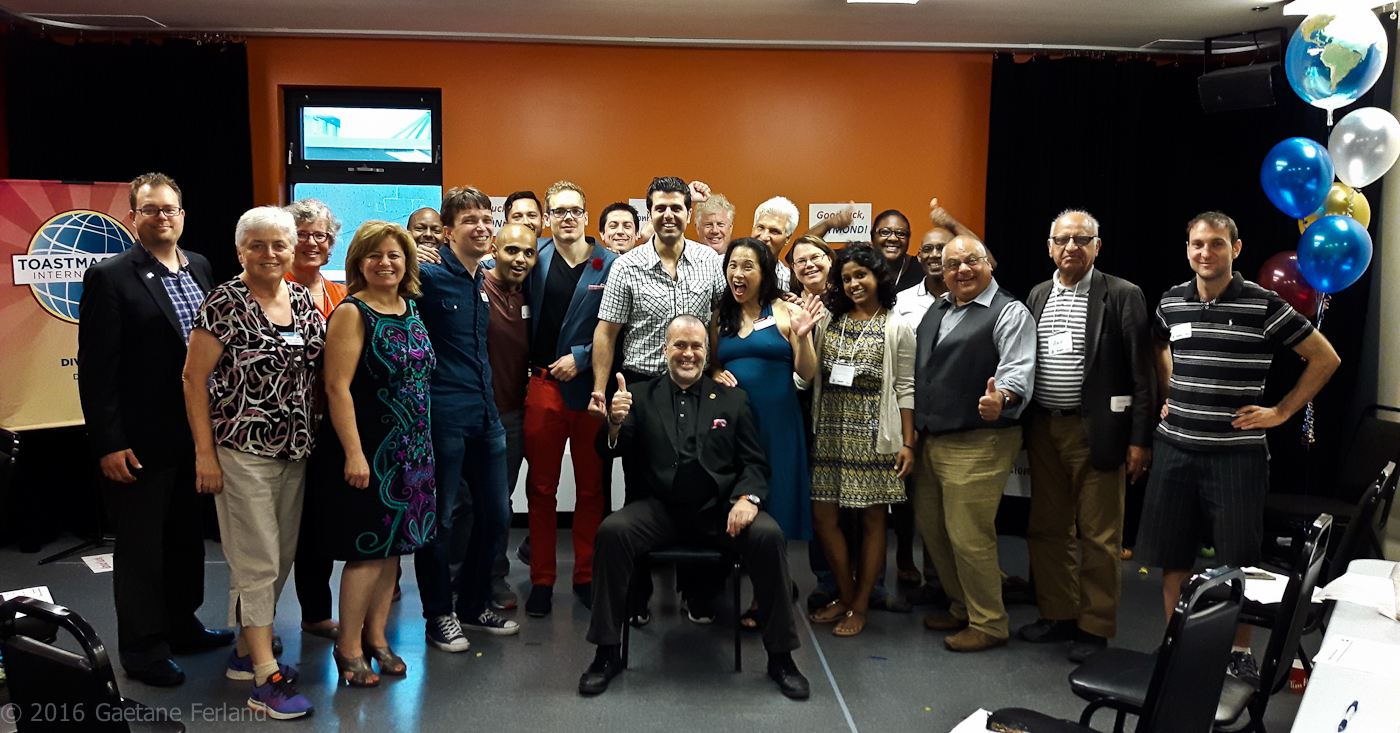 Thanks to everyone who made this meeting so much fun! And thanks to Ganesh Santhar for snapping this shot. 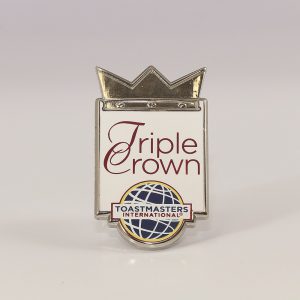 Beyond Words challenges their members to get this Triple Crown Award!