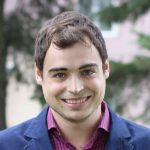 Energetic, passionate, and confident communicator. I joined Toastmasters in June 2016 and found it was a very powerful organization to meet all my social and communication needs. This advanced club is a great environment for everyone who wants to get their skills up to the next level. 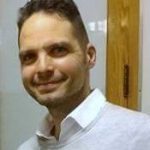 Frank holds a master degree in procrastination, but that stopped when he joined the St-Léonard Toastmasters club on December 2016. He has done voluntary work for a number of fundraising organizations. Toastmasters helped him get out the box, and feel more confident in public speaking. He joined Beyond Words, so that he can advance, and at the same time help members of the club in any way he can. 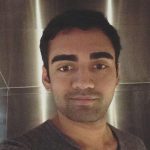 Giridhar joined Toastmasters in September 2014 and is the past VP PR of Quality Speakers FSA ULaval Toastmasters in Quebec City. Having moved to Montreal in September 2016, he is happy to have found new clubs where he can continue his Toastmasters journey. He has a MEng in Medical Nanotechnology and is currently doing a MSc in Clinical and Biomedical Sciences. He describes his profession as *Graduate student* and *Bharathanatyam performer* (Indian traditional dance). When he is not studying, dancing, or Toastmastering, he enjoys traveling, reading fiction, and watching movies. 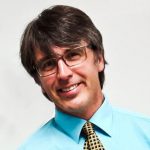 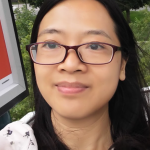 An adventurous, action-oriented person, but meanwhile a procrastinator. I joined Toastmasters in September 2017. I am glad that I attended Toastmasters meetings immediately after I found out it exists. Up until now, Toastmasters has been a great journey for me; I am not only improving communication and leadership skills, but also living a happier life, making friends and a family here!

My interest in leadership and communication started long before I joined Toastmasters. I followed the LMI (Leadership Manage

ment International) program, and took courses in Communication and Leadership for Women. Toastmasters helped me to put everything I learnt in place and in practice. Outside Toastmasters, I am interested in politics and foreign languages.

My favourite quote: “Efforts and courage are not enough without purpose and direction.” – John F. Kennedy 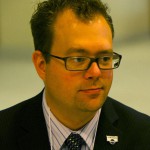 With over 15 years of IT experience, Pierre has worked with many types of businesses, from startups to multinationals. As an entrepreneur from 2003 to 2007, he developed his leadership, business development, and teaching skills. Always on the lookout for learning opportunities, Pierre is a proud member of Toastmasters where he can practice his public speaking skills and continue to develop his leadership skills. 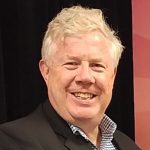 Joined Toastmasters in April 1994 and has been a member of clubs across the US and now Canada. Credits Toastmasters with drastically improving his career and meeting dozens of amazing people. Loves to compete and has won District level competitions in Districts 22, 66, and 61. Has also gotten his ass kicked in

… and the list of wins goes on and on and on!

His keen sense of communication seeks excellence in all facets of life, as it shows when he competes to advance one speed after another in cycling–his favourite sport. A valorous, talented and caring family-man, he evaluates everything he does, and would emulate a leader who does his or her best. As a Distinguished Toastmaster, he is keen to listen to poignant points in evaluations presented by other colleagues, and appreciates those who shine in delivering their appraisal of speech. A Concordia Graduate in Finance, his enthusiasm and love for his Finance profession has elevated him to be one of the Company’s most accomplished Directors. 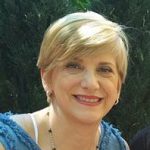 I joined Toastmasters in January 2017 and haven’t looked back. I thrive on the support and camaraderie. It has already propelled me towards a very exciting direction in my career. I have worked in dentistry since 1980 and presently work for TGO Orthodontics where I lead a wonderful team. I aspire to give presentations in my field.  Toastmasters has already set me on my path … 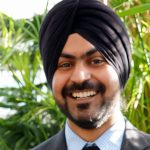 Sapandeep is a confident speaker who lives by the quote “Satisfaction is death.” He is always striving hard to expand his comfort zone because magic happens beyond one’s limits. He has skipped classes while working on his MEng to attend regular Toastmasters meetings. Sapandeep has also served as McGill Toastmaster’s VP Education and VP Leadership. He once got caught saying that he succeeded in a few job interviews because of Toastmasters. He believes Toastmasters not only teaches a handful of personality skills, but also LIFE-CHANGING SKILLS. Besides public speaking, he likes reading and watching his favourite soccer team Chelsea play on the weekends. Sometimes, few and far between, he likes to kick his friends’ asses in the FIFA PS game. 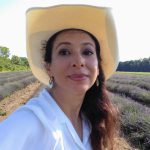 I initially learned about Toastmasters through my brother who was a member of a corporate club. My Toastmasters journey began in 2012 when I enrolled as a member of the McGill Toastmasters Club. The interesting array of individuals I met and their speeches, initially reeled me in. Besides the networking value, I realized that the organization was one in which an individual could progress as a speech writer and speaker on the podium. Furthermore, I honed my leadership skills when I took on two executive roles. That experience led me to confidently assume different leadership roles in one of the professional affiliated organizations I belong to. Toastmasters will continue to cultivate various facets of my evolution. 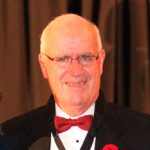 Toastmasters helps me to be a more confident and effective speaker and leader in my club, as well as in my community service club, and as a Blood Donor Clinic Coordinator for the Canadian Blood Services. I love to golf, especially with my grandson, Adam, who turns 5 on March 26th, 2018. Currently aiming to become a more capable and confident Table Topics speaker!