I can say without a doubt, but quite happily, that you never know what to expect at a Beyond Words meeting …

Then Pierre LeBlanc, Topicsmaster Extraordinaire, led us through an exciting THINK FAST! Session. He presented us with some situational improv games that he’d brought back from a recent trip to Ireland, where he’d watched a professional improv troupe strut their stuff.

Epitace Nobera, GE, led us into a succinct and valuable COACHING SESSION with our four insightful evaluators:

As always, the speech evaluators and the audience, during the round-robin evaluation, had such interesting things to say. Thanks also to our other amazing evaluators, Jon Pehleman, Grammarian, and Artem Ploujnikov, Advanced Timer.

Bonnie Mak, Toastmaster, won Most Enthusiastic, one of her fave ribbons to win! 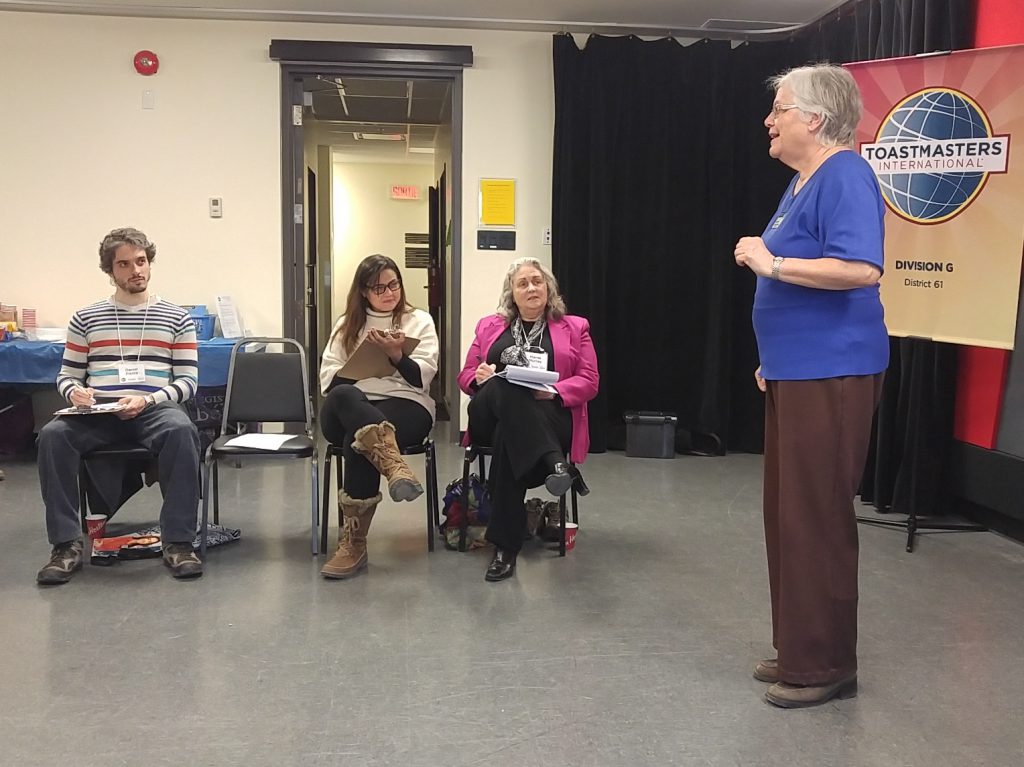 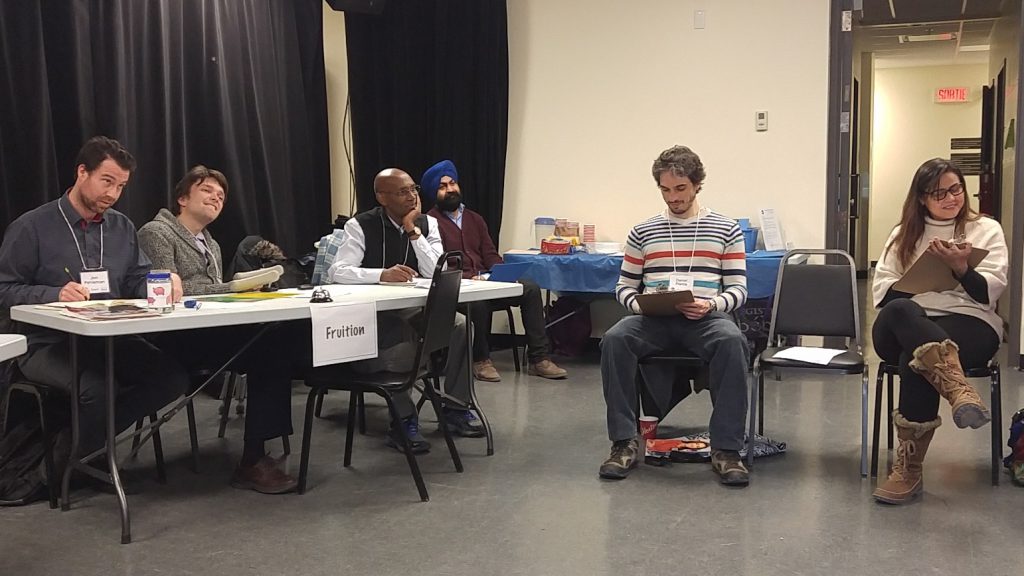 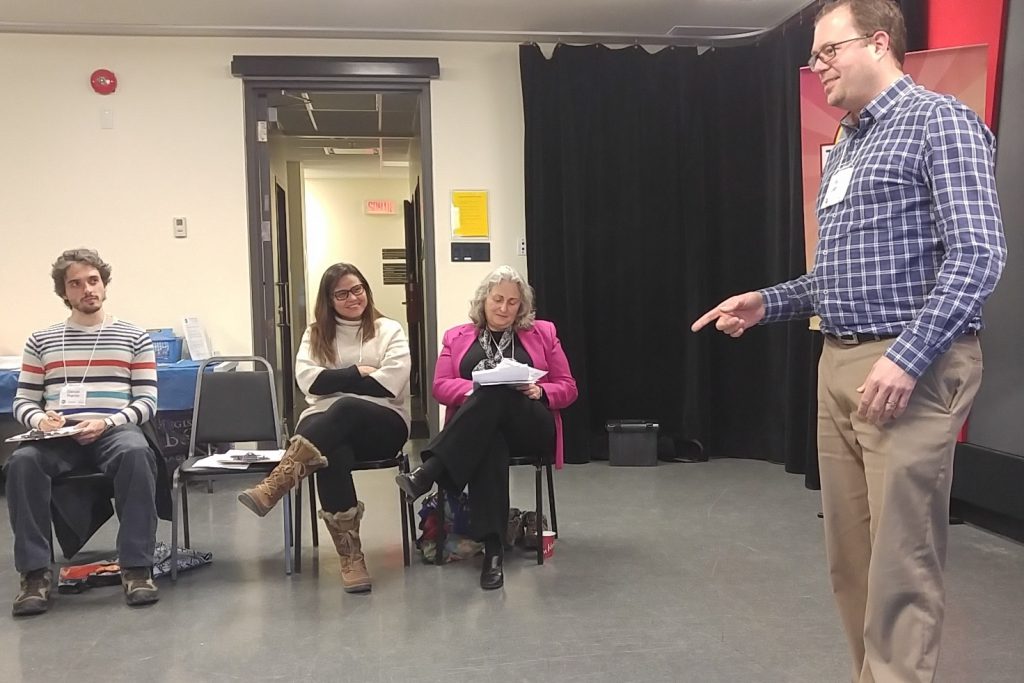 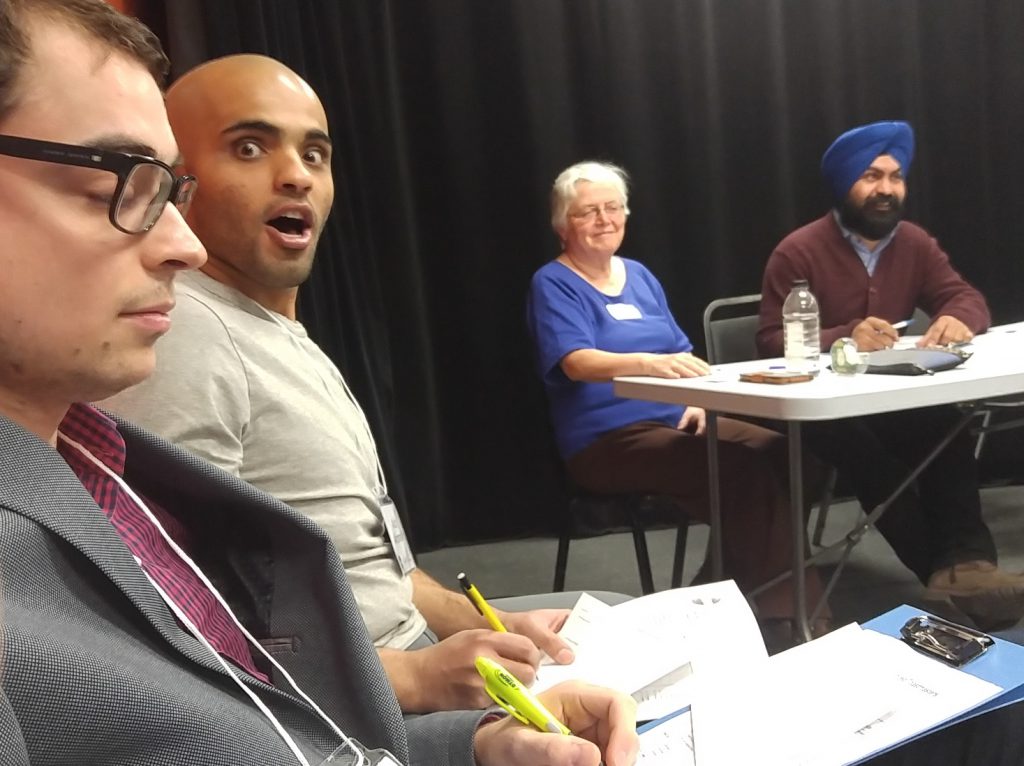 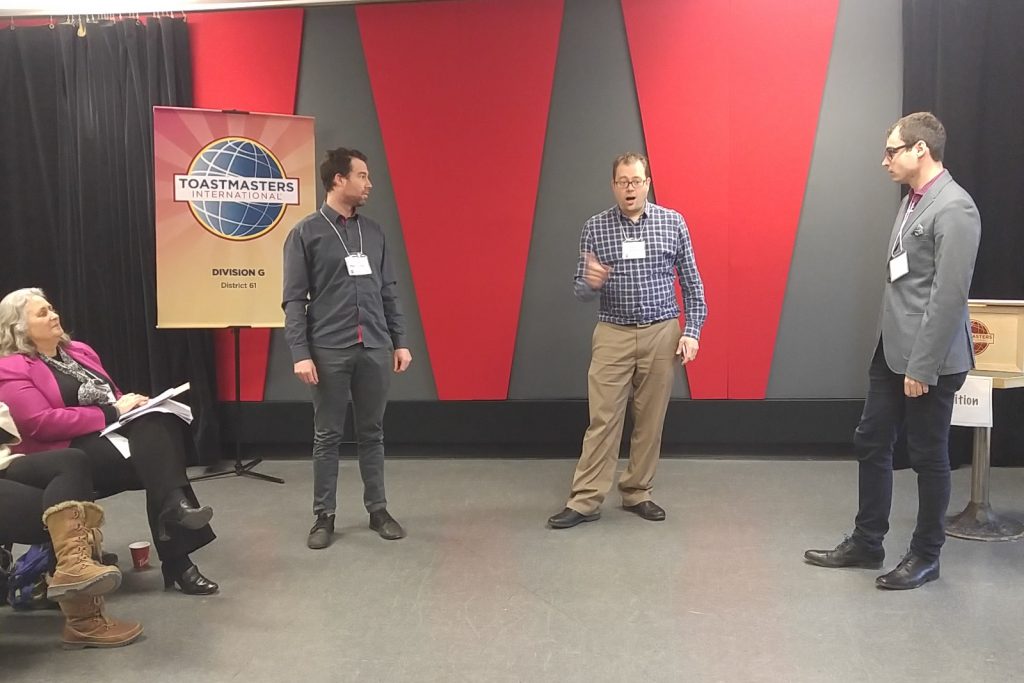 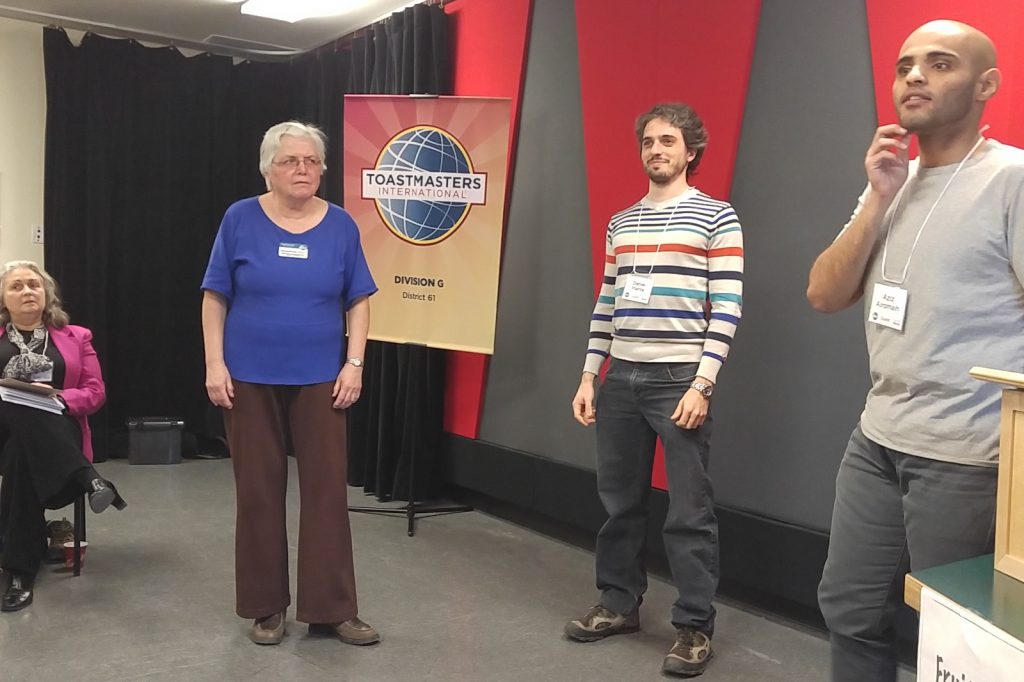 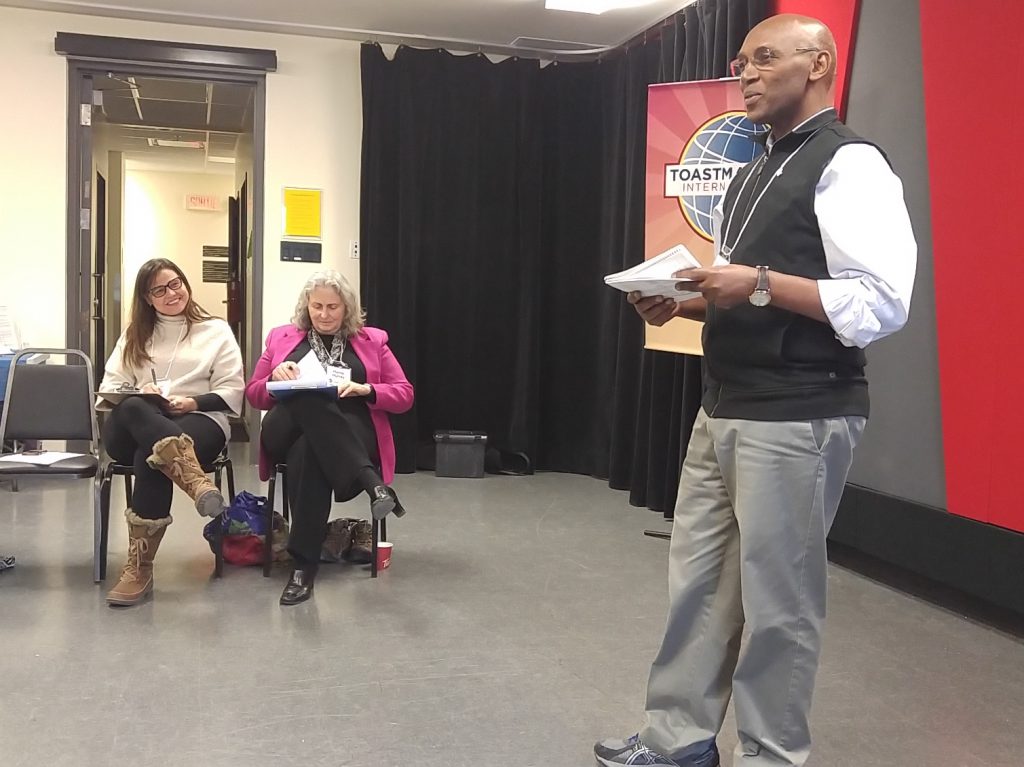 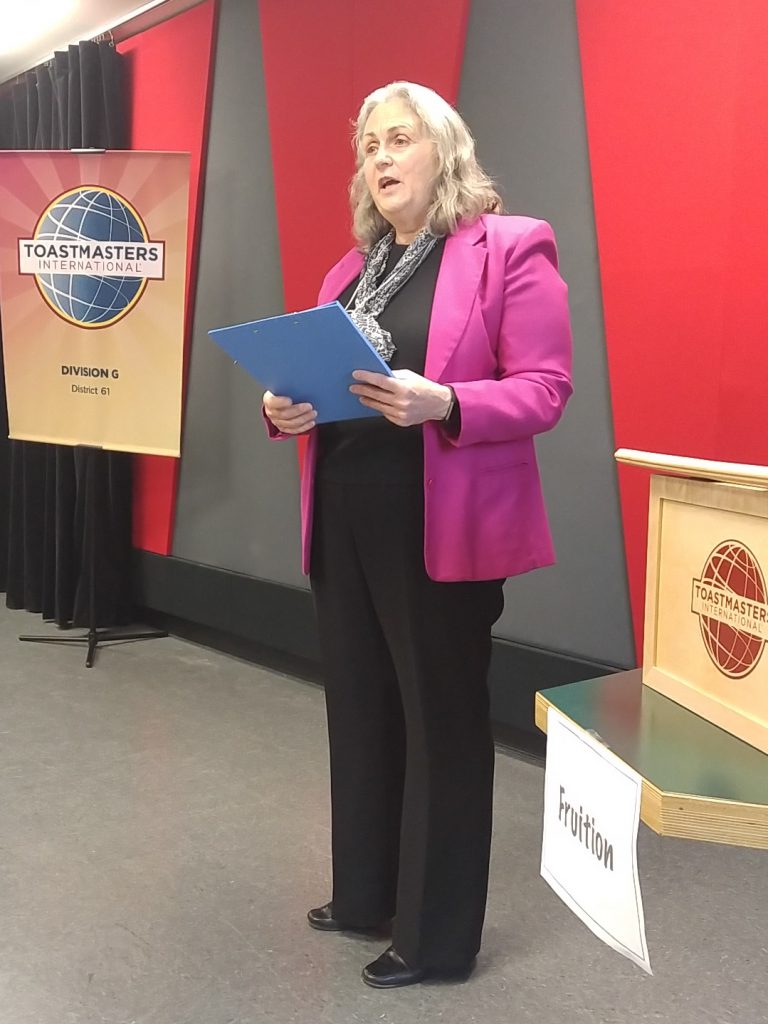 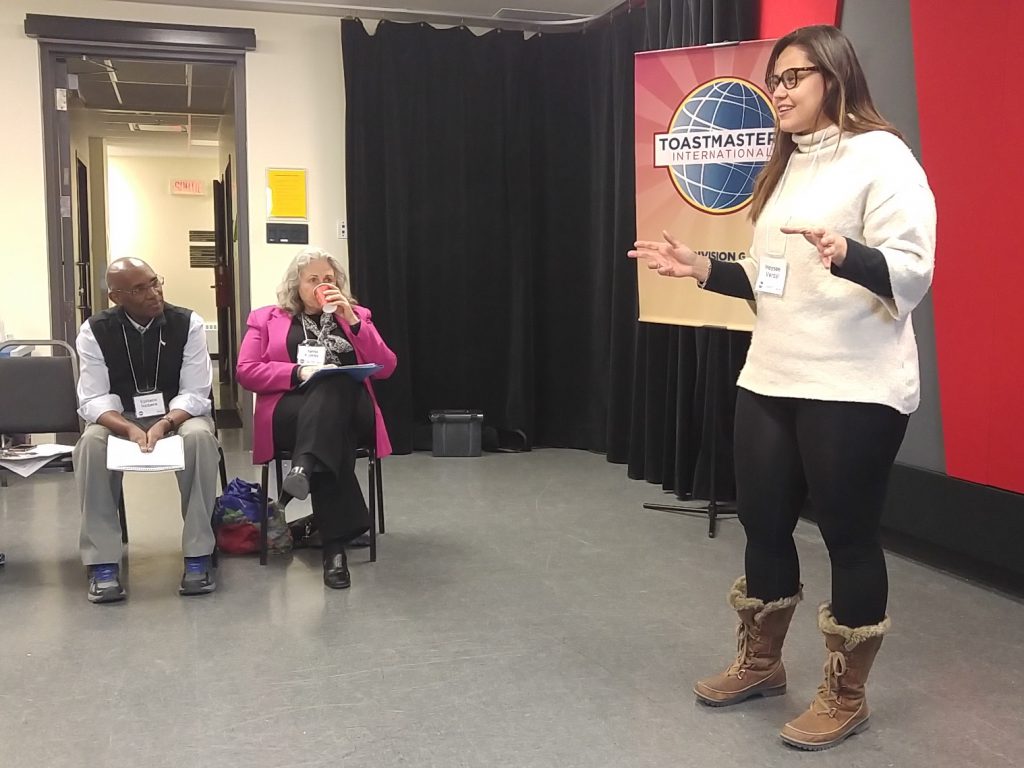 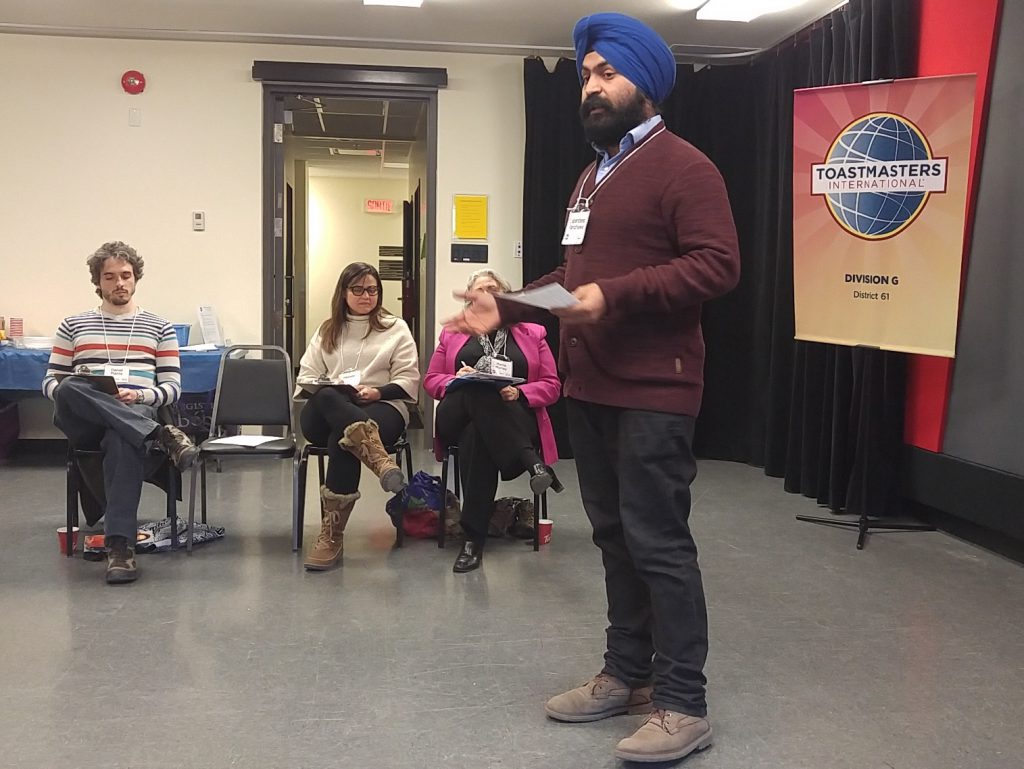 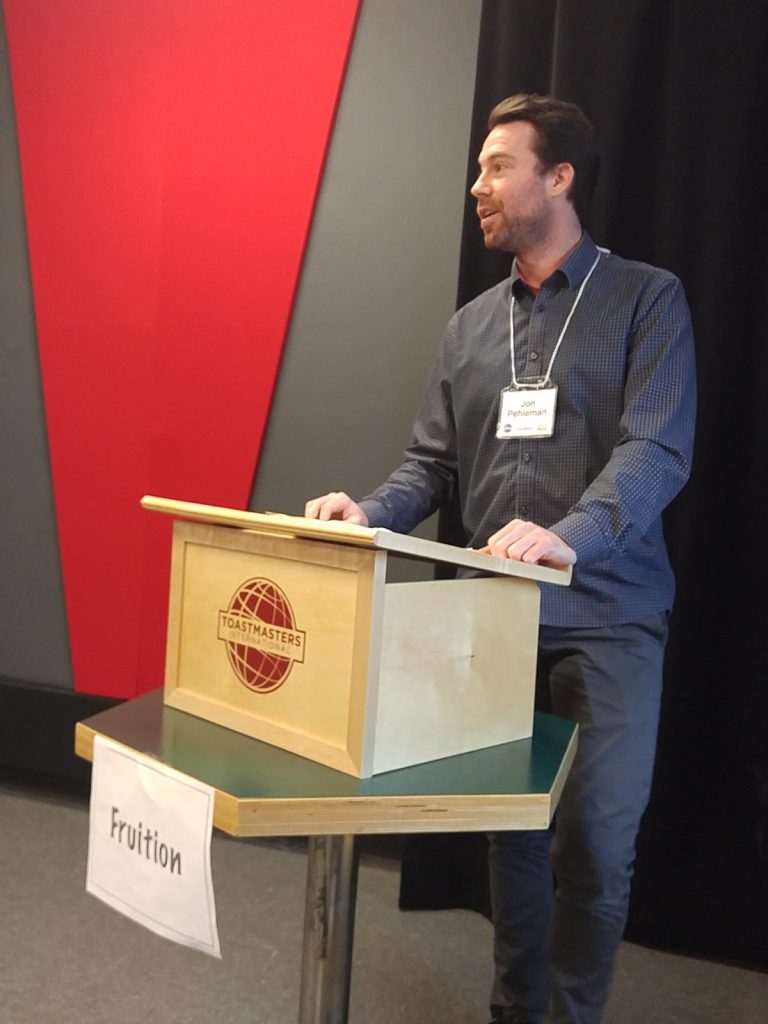 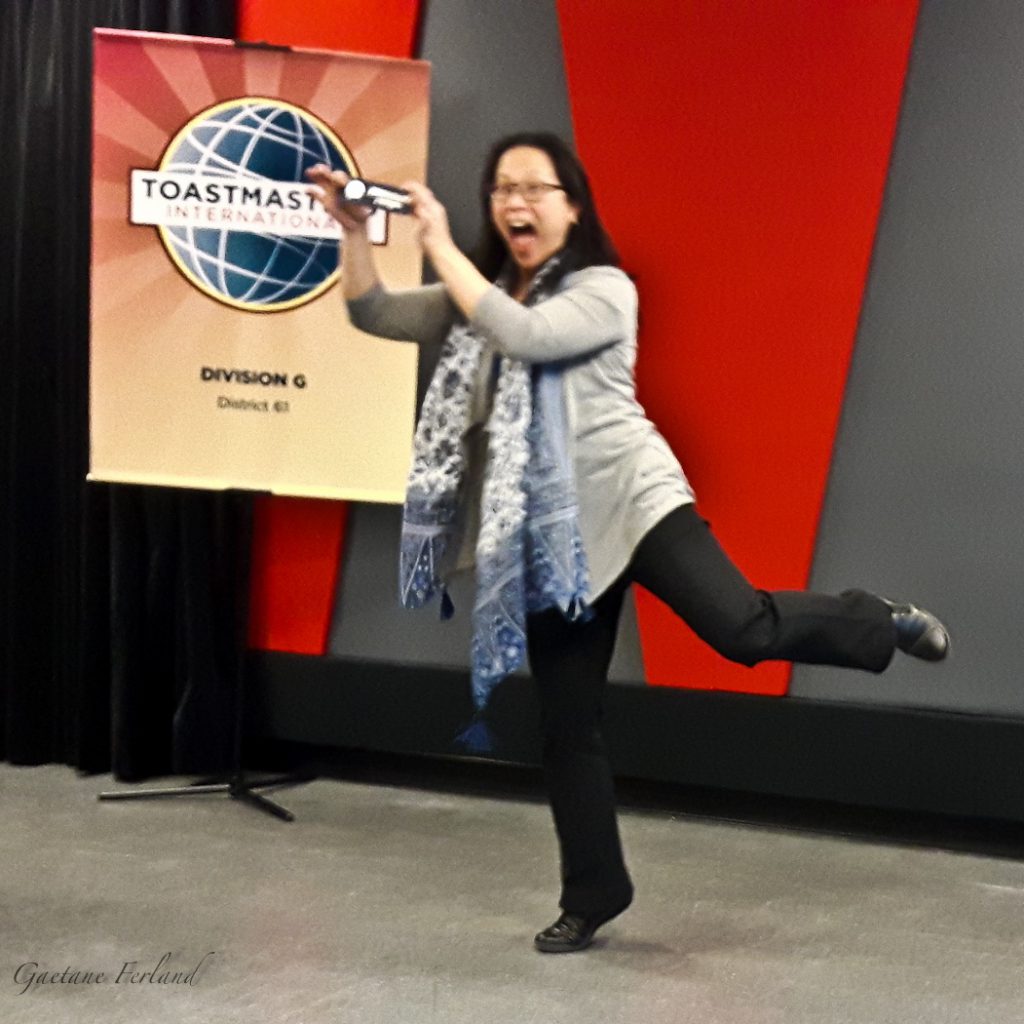 President, Beyond Words. All-round groovy girl ... just a tad impetuous, more than a little zany! I joined Toastmasters in February 2013 and it's been quite the exciting ride ...
View all posts by Bonnie Mak →
This entry was posted in Regular meeting. Bookmark the permalink.